Humans, Animals and the Environment in South Africa with Jules Skotnes-Brown

Jules Skotnes-Brown (University of St. Andrews) joins Merle and Lee to discuss his work on humans, animals and the environment in the context of South Africa at the turn of the 20th century. The interview begins with some background about South Africa and its disease landscape at the time. Jules covers some of the ideas the different contemporary groups had about these diseases and how to prevent or deal with them. The conversation goes over some of these ideas and practices – such as extermination of big game animals or the creation of rat proof belts (cleared strips of land). Jules situates the experience of South Africa within a broader global context, while also centering the importance of race and colonialism in the discussion. 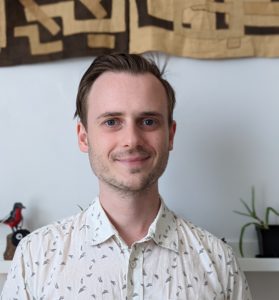