Persecution of minorities during the Black Death with Tzafrir Barzilay

Tzafrir Barzilay (Ben Gurion University of the Negev) joins Merle and Lee to discuss persecution of minorities and in particular Jews before and during the Black Death. After some background on the Black Death, Tzafrir uses the case study of Strasbourg to demonstrate how persecutions of minorities could be deeply embedded in local politics. The conversation touches upon some of the practicalities of blaming Jews and other minorities for disease epidemics, and Tzafrir differentiates between well poisoning and other types of accusations such as ritual murder and host desecration. Near the end of the interview, the conversation reflects on the difficulties medieval decision makers faced when having partial and biased information at their disposal in the context of the Black Death and widespread uncertainty (e.g. well-poisoning accusations). 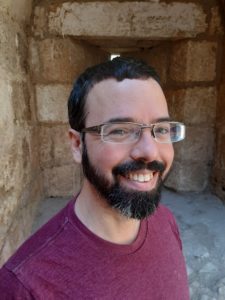