Plague in Bombay and Urban Ecology with Emily Webster

Emily Webster (University of Chicago) joins Merle and Lee to discuss the significant plague outbreaks in Bombay during the Third Plague Pandemic of the turn of the 20th century and the place of environmental history in studying disease. After first surveying the Pandemic and its particular impact in Bombay, Emily discusses why the experience of Bombay was central to how plague was conceptualized across the British Empire and the world. She then explains the importance of urban ecology to understanding the severity of these outbreaks, along with how sanitary measures in Bombay exacerbated the spread of plague, rather than reducing its severity. At the end, Emily talks about her time earning a masters in public health as she was finishing her dissertation along with implications it revealed about the work of historians and scientists. 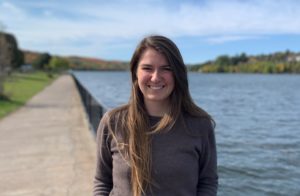