Elliott Bowen (Nazarbayev University) joins Merle and Lee to discuss his work on sexual health more broadly. The conversation focuses on syphilis, a venereal disease, between the late 19th and mid-20th centuries in the United States. The disease itself is first put into its social and cultural contexts. One of the most popular centers for the treatment of syphilis at the time was Hot Springs, Arkansas. Elliott outlines some of the experiences of people who came to visit the city, ranging from frequent scalding-hot baths to mercury treatment. The different experiences of underrepresented groups are also touched upon, as are some of the other phenomenon associated with the town such as the widespread prostitution in it. 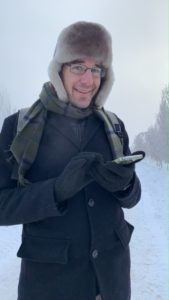