Typhoid Fever and Epidemiology in Victorian England with Jacob Steere-Williams

Jacob Steere-Williams (College of Charleston) discusses the role of typhoid fever in Victorian (19th century) England as a key reason for the development of epidemiology. The chat begins with some background about typhoid and its effects along with comparisons to other diseases such as cholera and plague. Jacob then surveys how epidemiology developed over the course of the late 19th century and its place in history, discussing how it has been forgotten compared to bacteriology and Germ Theory. At the end, Jacob briefly chats about the place of epidemiology today and the place of England in the study of public health more broadly. In the post-interview section, Merle and Lee have a meta discussion where they reflect upon the numerous episodes over the last few months about late 19th century diseases, pandemics, and public health and what the future of the history of disease might look like. 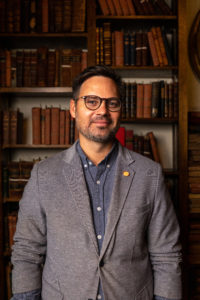