Mari Webel (University of Pittsburgh) discusses the impact of sleeping sickness at the turn of the 20th century in East Africa. Mari talks about the role of sleeping sickness both before and after European colonization and how this disease shaped public health more broadly. She also speaks about the experience of local inhabitants during imperial efforts to stop sleeping sickness. The conversation also covers African history, thinking about how it is taught and researched, while considering the sources that researchers use. 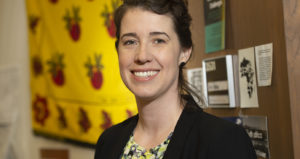