Plague and Contagion in the Medieval Islamic World with Justin Stearns

Justin Stearns (NYU Abu Dhabi) talks to Merle and Lee about his research on contagion, disease, and plague in medieval Islamic thought. Their conversation touches upon the central role of plague to Islamic thinking, since plague struck during the early conquests and the formation of the Islamic community. Justin also highlights some similarities and differences between studying these topics in the Islamic world and Christian Europe. Finally, he reflects upon how Islamic thinking about plague has been talked about during the Covid-19 Pandemic. 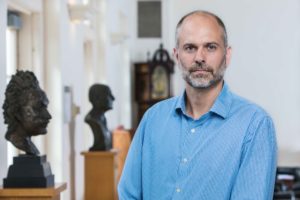